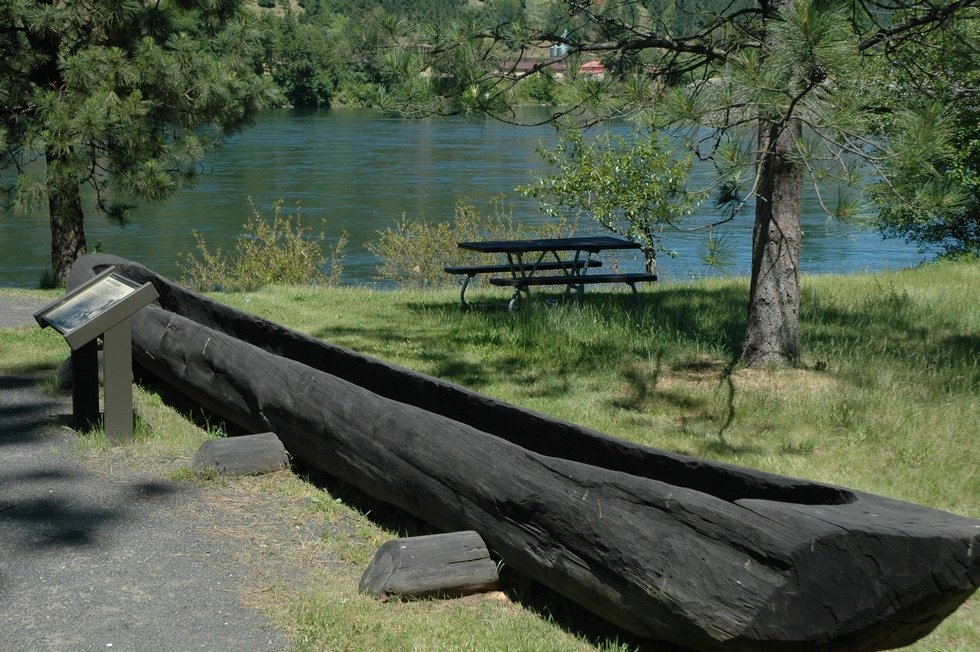 CANOE CAMP At this site the Lewis and Clark Expedition, aided by the Nez Perce, built five canoes in September 1805.

Here the ill and hungry men of the Lewis and Clark expedition hewed and burned out the “Holler” of the five canoes which were to carry them
on to the Pacific.

From September 26 to October 7, 1805, the explorers camped at this point. They had used packhorses in crossing the mountain trails from the upper Missouri; here they returned to river travel, caching their saddles and gear and leaving their horses to be wintered with the friendly Nez Perce. Nez Perce National Historical Park, 4 miles west of Orofino
on Hwy 12.