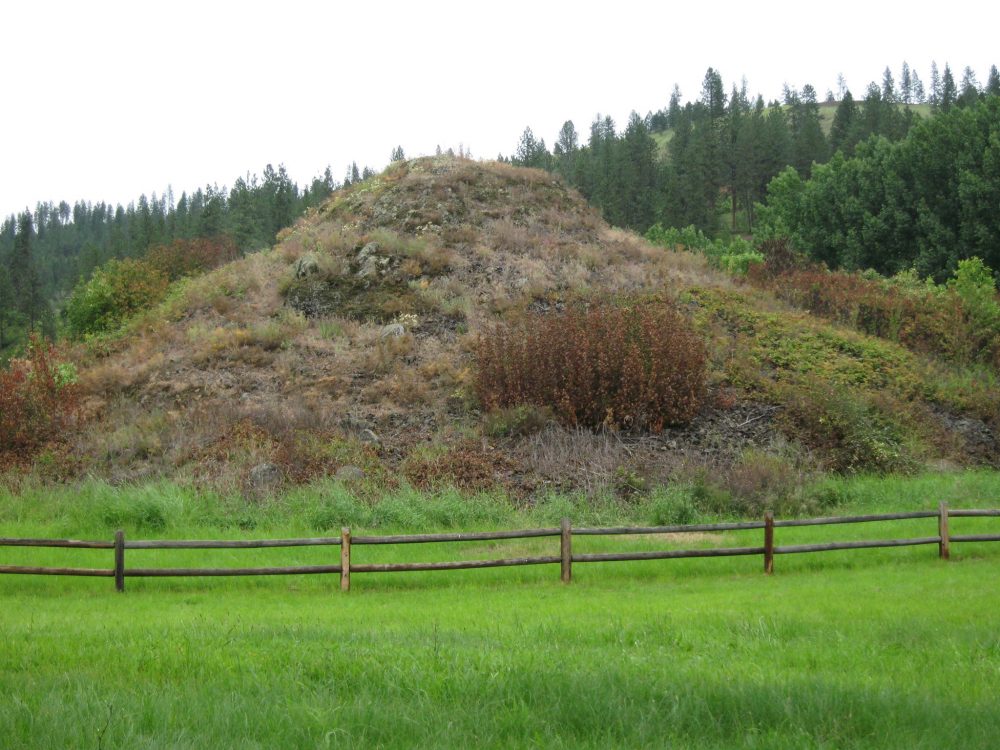 This Nez Perce National Historical Park site commemorates the creation of the Nimiipuu people. This site was a major prehistoric and historic Nez Perce crossing point of the Clearwater River. The non treaty Nez Perce forded the Clearwater River at this location during the 1877 war. An interpretive shelter with two exhibits offers an audio program to give background information on the role of legends in Nez Perce culture and tell a part of the “Coyote and the Monster” legend in Nez Perce and in English. A short trail leads to the Heart of the Monster formation, where a small semicircle of seating is available to listen to the audio program. Milepost 68.5 on Hwy 12 east of Kamiah.